Fixing Leaks and Rebuilding a Chimney

So I just realized that David and I pretty much forgot about this pretty sizable project.  While there was little effort involved on our side (this was not a DIY job!), there was a considerable dent in our wallet afterwards.  We’ve had so much craziness going on with the wall lately, that there wasn’t enough space in our minds to think about this.

Earlier in the year, we wrote THIS POST about discovering some wet drywall in the ceiling of one of our guest bedrooms, and how we identified where the moisture came from.

Long story short, the roofer we had come out to look at the roof and identified that the chimney was the culprit, not the roof: 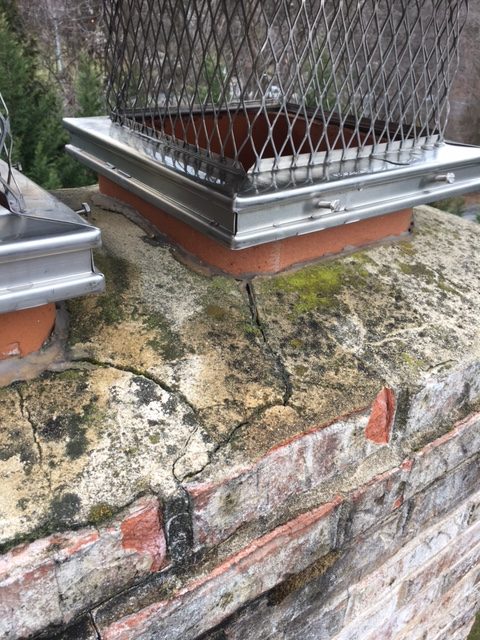 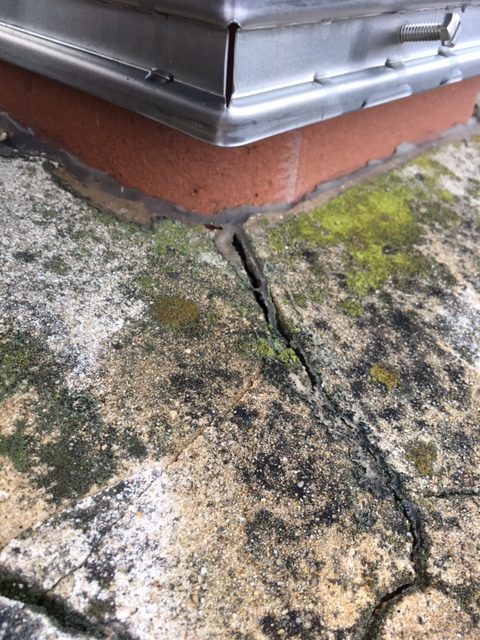 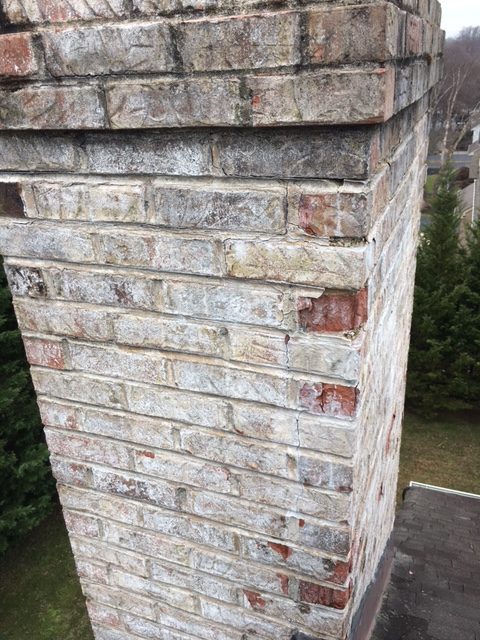 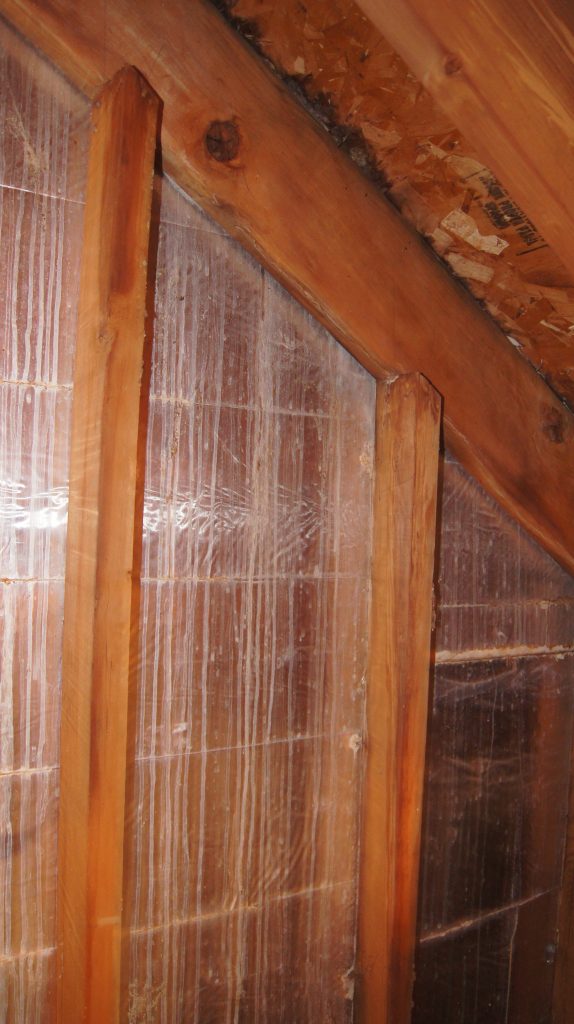 So while we were in the midst of our load bearing wall removal project, we had several masonry contractors coming to look at our chimney and give us quotes.  While some of them were recommending minor fixes to the cracks and filling them in again, we knew that if we were going to go ahead with fixing this, we were going to do it right, because damned if were going to be calling contractors in a few years to fix it again. So they all gave us their quotes for taking apart and rebuilding the top portion where all of the cracks were.  We’re going to be real and share the details of cost on this project because it is definitely something that others may experience.  All of the contractors were in the $4-5K range, so we knew that none of them were really trying to rip us off.  Here is the proposal from the contractor that we ended up choosing:

He came out a few weeks later when the weather was a bit more bearable and dry (because this was back in the winter) and started to setup their scaffolding: 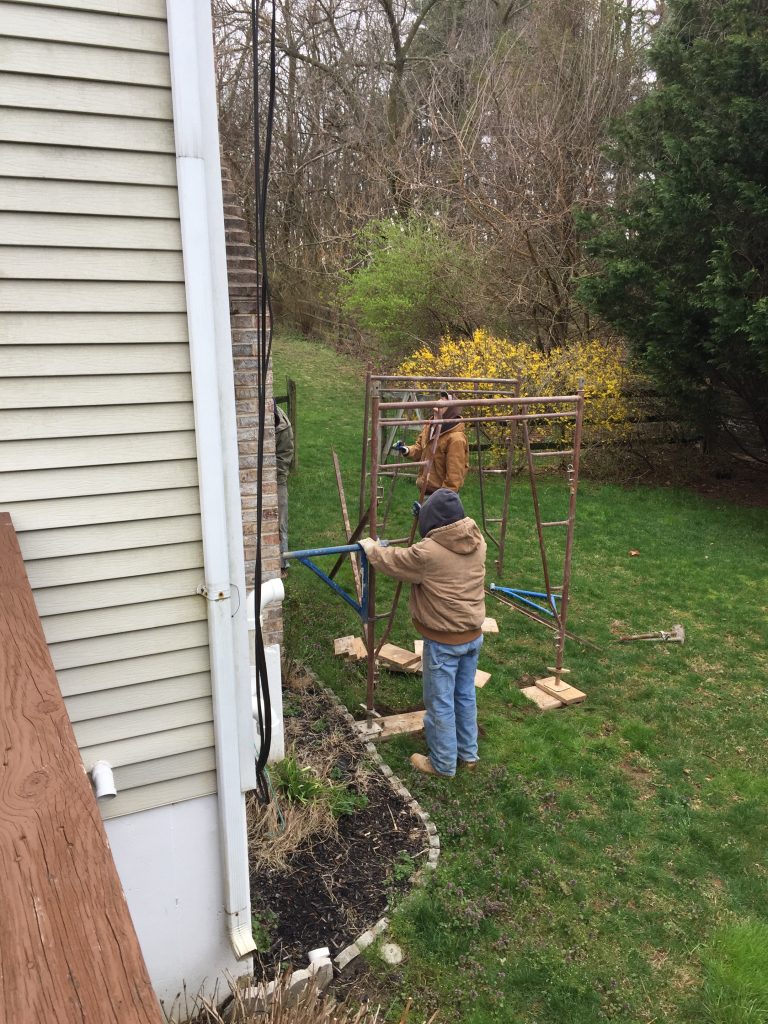 Allllll the way up to the top! 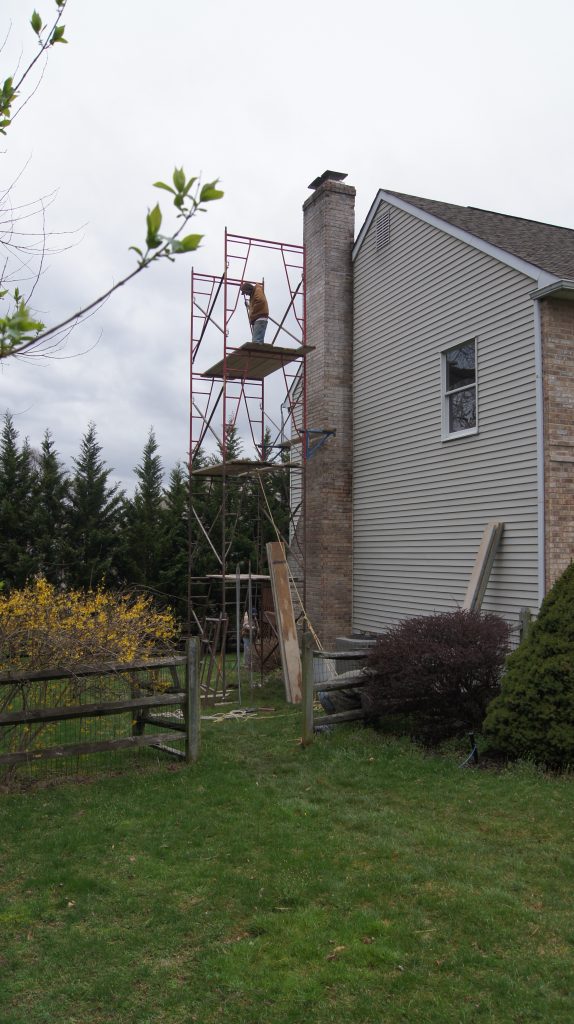 They then started to make vertical cuts in the original brick so that they could start the removal process: 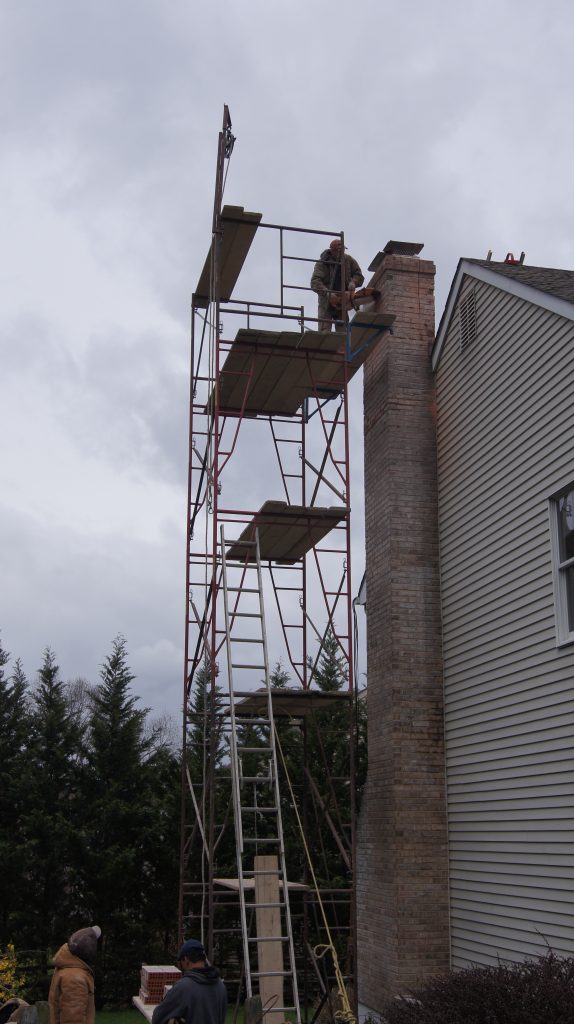 Keep in mind, that this was all happening while we had to contractors inside working on the wall.  Our cul-de-sac was taken over by trucks and vans, so I’m sure our neighbors LOVED us. 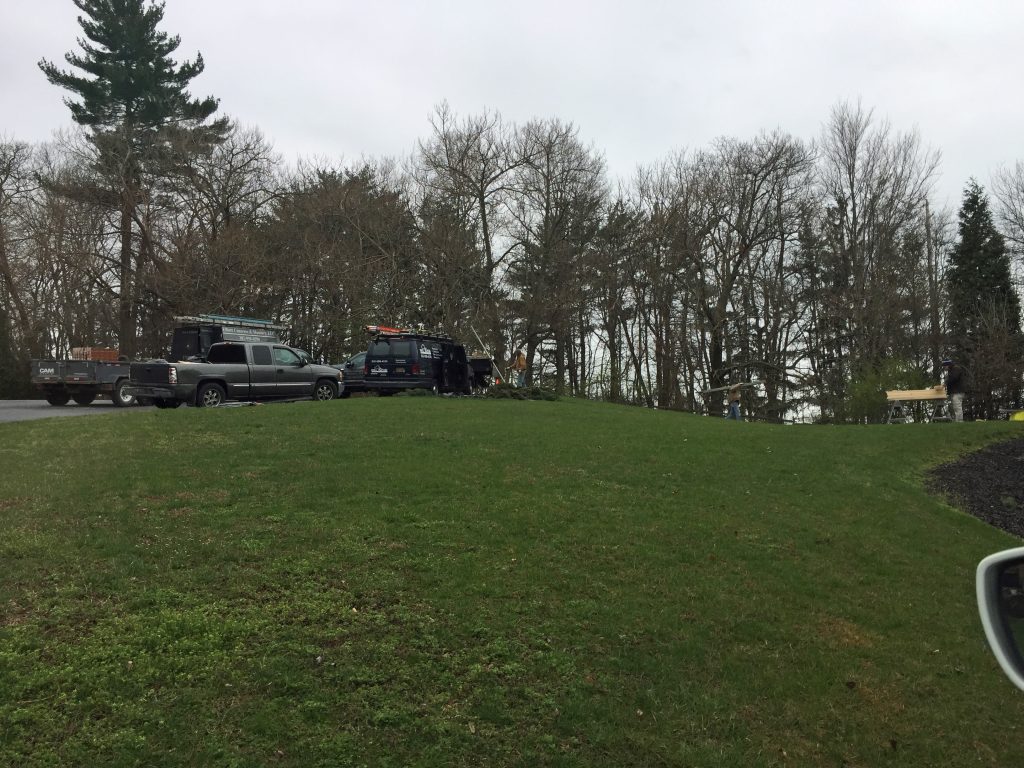 And here’s an awkward picture of him removing the first brick!  Yes, we’re those crazy bloggers who take pictures of everything.  Don’t worry, we warned him, and he was on board for it. 🙂 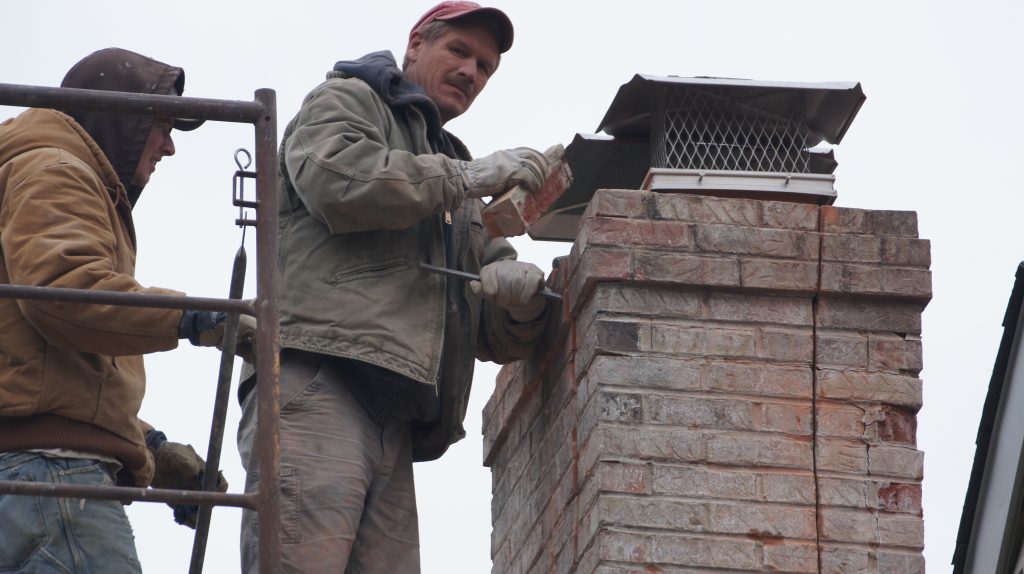 They then started removing all of the bricks in sections: 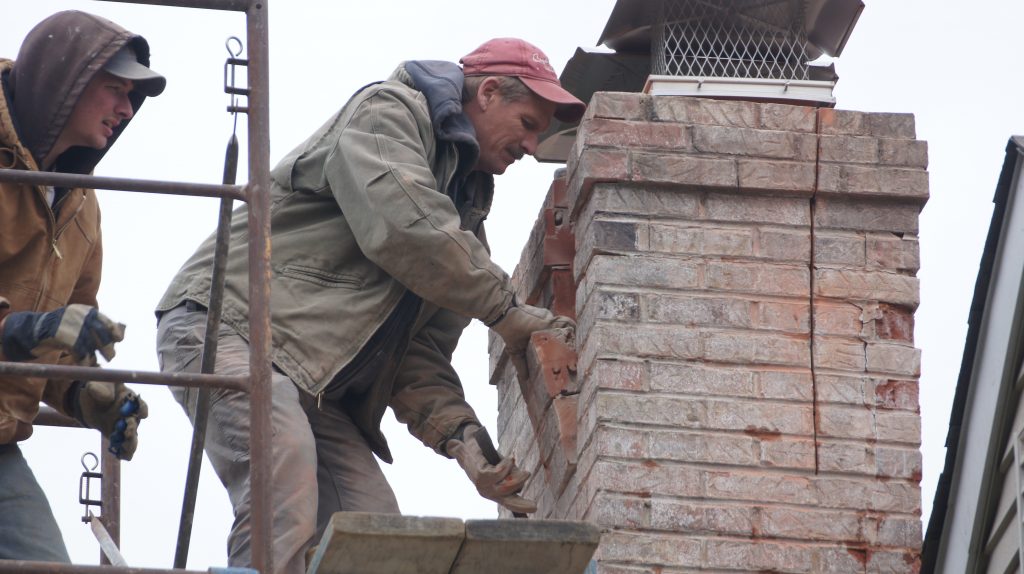 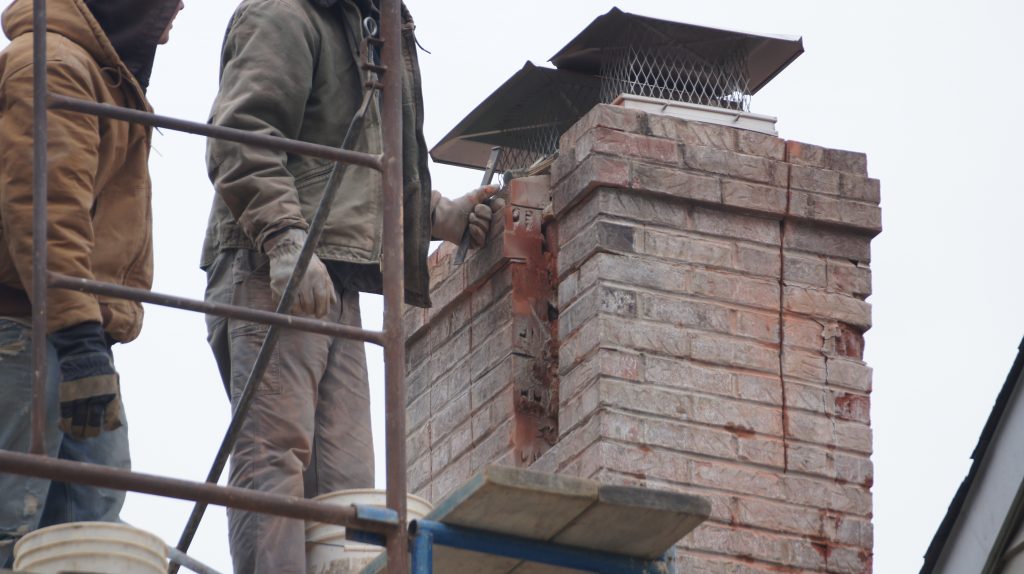 This work was done over a few days.  They had a bucket pulley system for taking the bricks down for disposal so they weren’t tossing things on the ground. 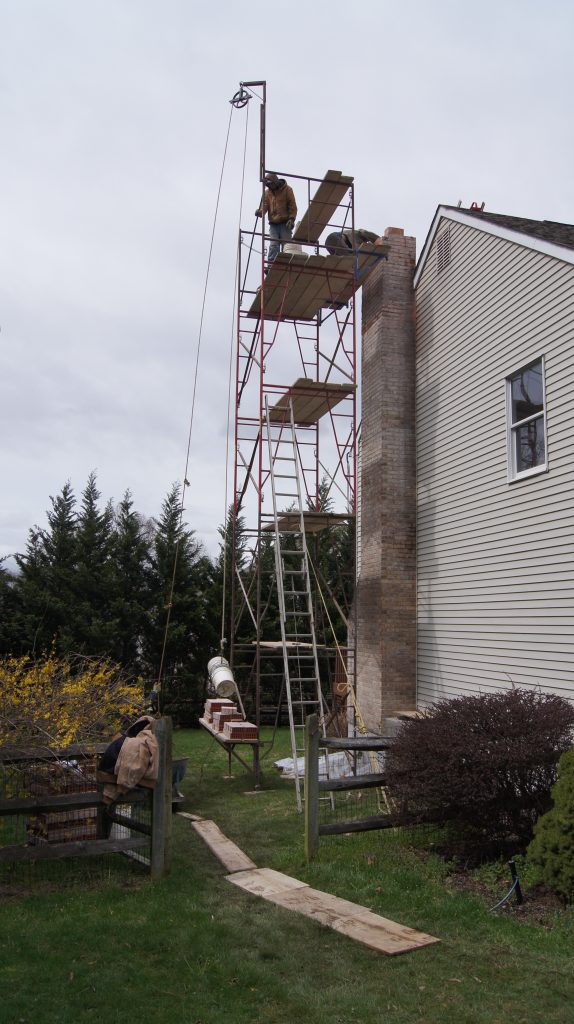 Eventually, they got to the point where all of the bricks were removed from the top portion.  You can kind of see it if you squint hard in these pictures: 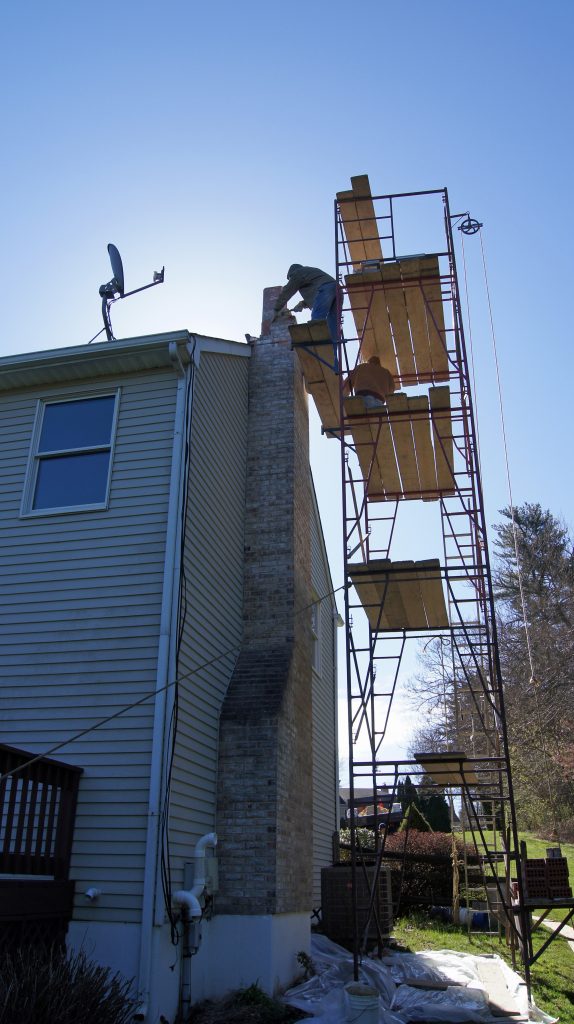 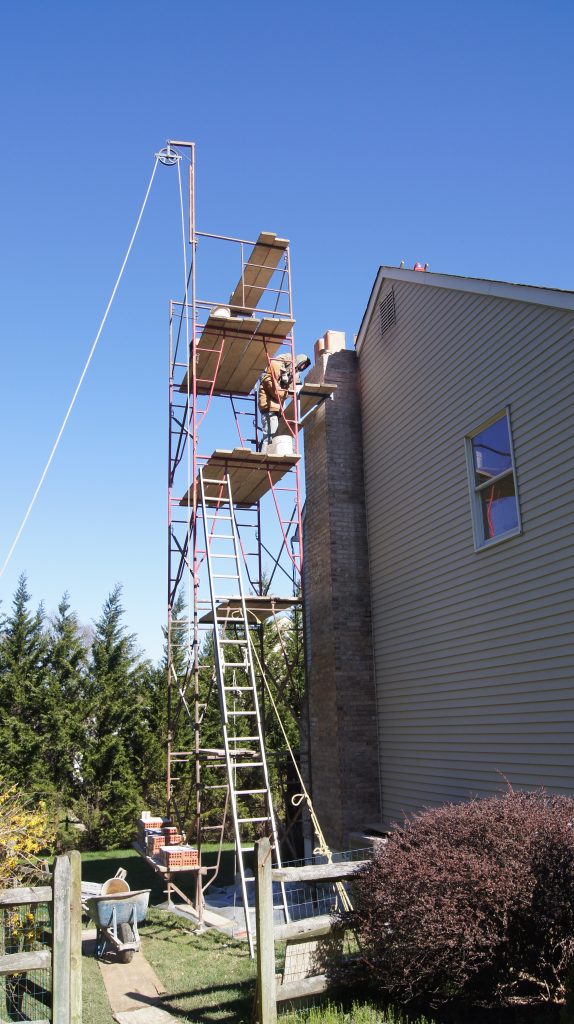 And then our picture taking efforts failed because you know, the wall, work, a toddler, and dumb things like making dinner.  So we don’t actually have any good pictures of them doing the rebuilding process.

The mason suggested that we do a slight lip on top of the old portion, since they don’t make the bricks in the exact same size anymore, the newer ones are slightly smaller than the old style.  Truthfully, we weren’t too concerned.  As long as it looked like it wasn’t going to be weird, we doubted that ourselves or anyone else would really notice.

They did a section where they made the grout/mortar lines a bit wider to line up with the old width, and then tightened it up a bit more: 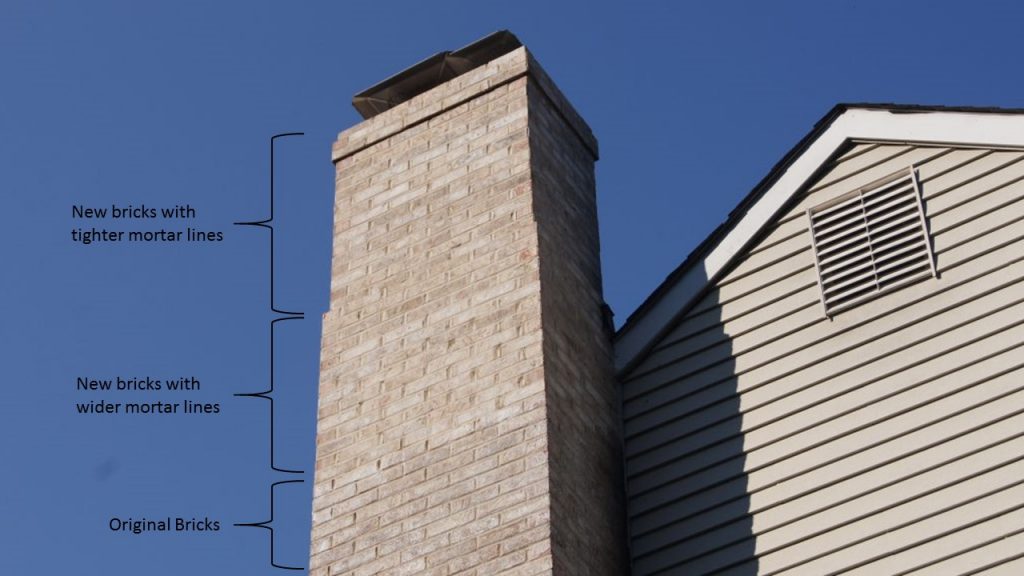 It looks a little obvious (at least to me) in the above photo.  The new section looks slightly different than the old, most likely due to slight color variations in the new brick and mortar compared to the old.  But, I promise, it’s only because the picture is so zoomed in.  You can’t really tell when looking up at it: 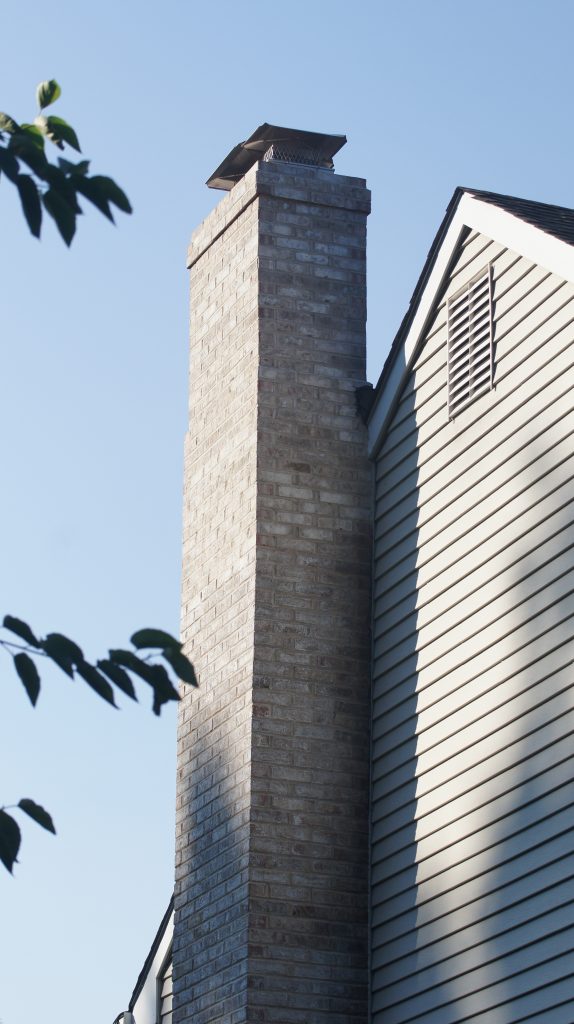 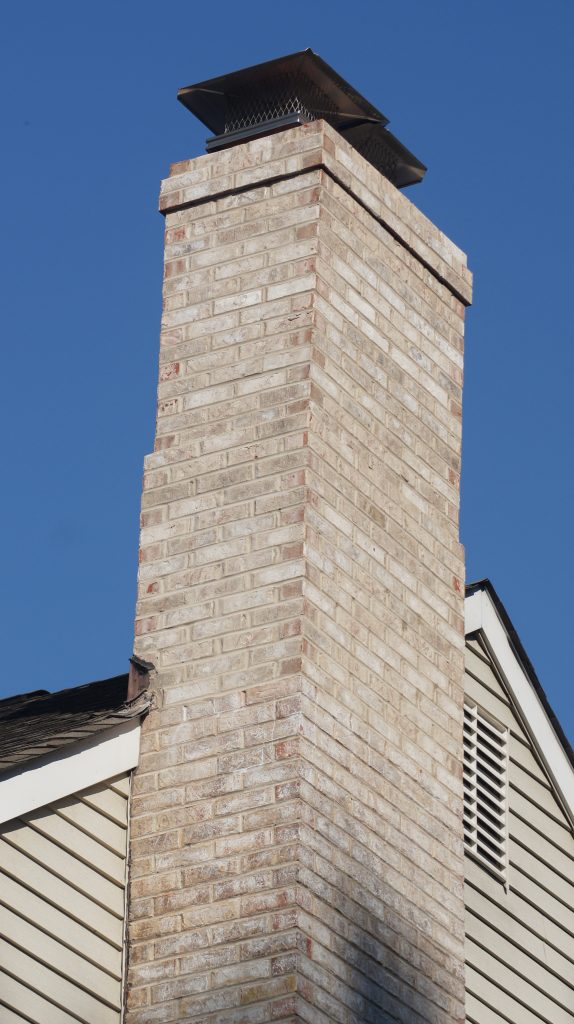 No more leaks! And can you spy the half naked toddler in this one?  Obviously more interesting than the chimney. 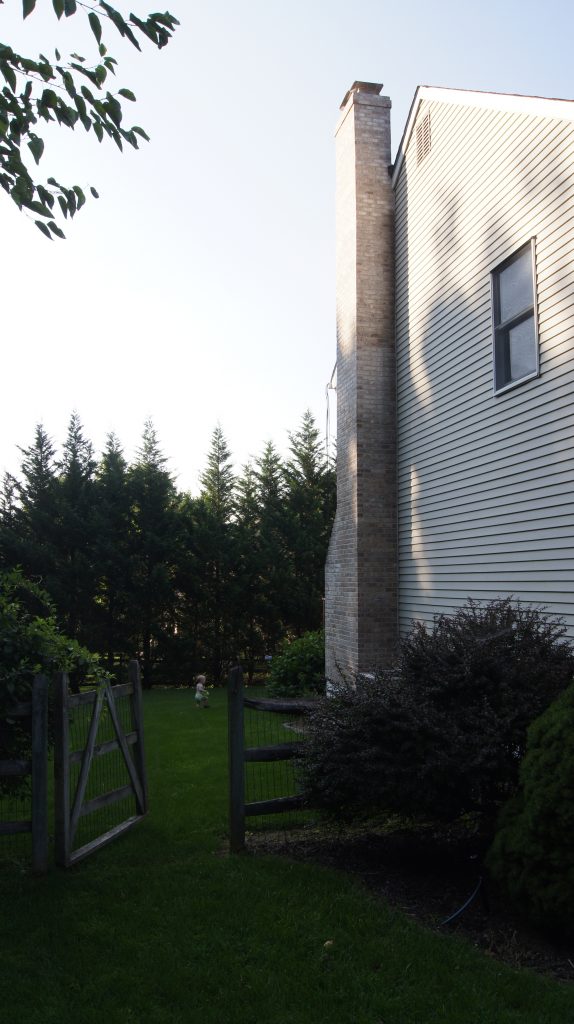 Have you had to do any surprise projects that you weren’t thrilled about? Tell us about it below!

So, you probably think we’re gross…