You may have noticed on our house needs/wants list that we specifically spelled out that we did not want a bi-level nor split-level. I grew up in a beautiful bi-level. My parents got the house built and we moved in when I was 8 years old.  I remember my parents telling us about it before we moved in, saying that the kitchen was going to be upstairs, and we were so confused.  What if we’re downstairs watching TV and need a glass of water?  We have to go ALL THE WAY upstairs to get it?? Yes.  Yes you do.  It’s not a big deal. And it wasn’t.  It didn’t really phase me after that.

I guess should define “bi-level” for those who are not familiar.  A bi-level home is a home that you usually enter the front door and have the option to immediately walk upstairs or downstairs.  The kitchen and main living areas are usually upstairs, and a family room is usually downstairs. Related, a split-level is similar, but has multiple levels and half floors throughout the house. 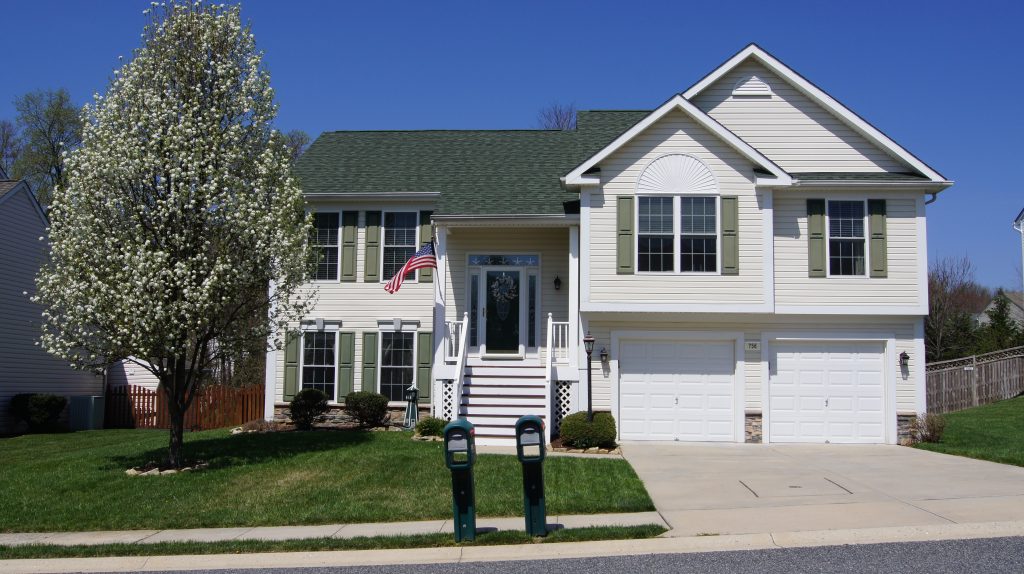 So when David and I were house shopping for our first house in Maryland, we toured a ton of houses, but eventually settled on a really cute bi-level in an awesome neighborhood.  It wasn’t weird to me that the kitchen was upstairs because that’s what I had grown up with.  Granted, the kitchen was small, but it was so open and incorporated with both the dining room and living room, that you didn’t really notice. 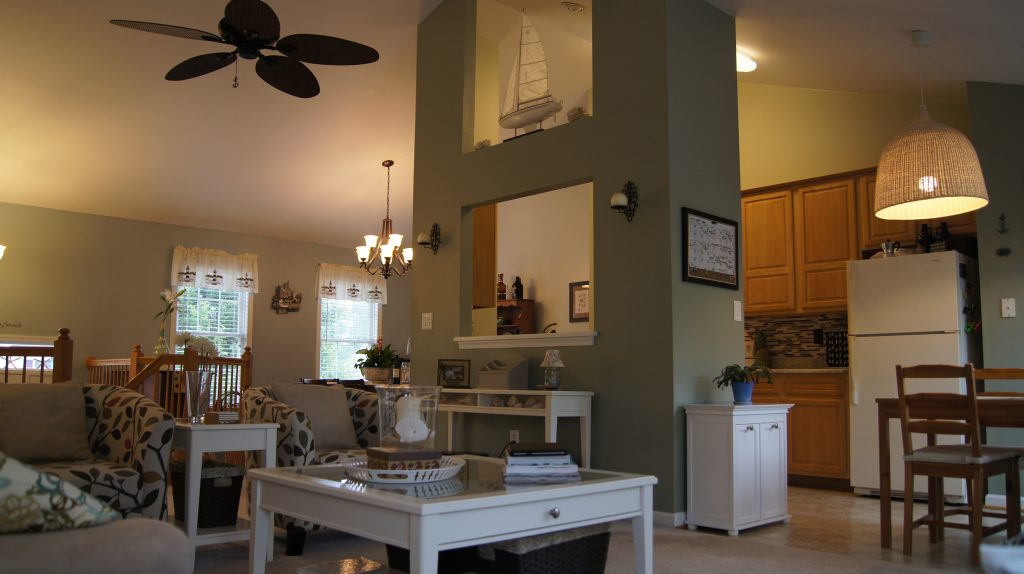 We really loved the layout at first.  It was great for entertaining since it was a big room for the main living space.  We were able to have friends over and feel a part of the conversation while making food, and when we had parties, the kitchen and food weren’t that far away.

Over time, we started to realize the downfalls.  In summer, the second floor of the home is typically warmer, because, well, heat rises.  This was exaggerated even more if we were doing a ton of cooking in the kitchen.  The ceiling fan that David installed in the living room helped, but only so much.  If our guests walked over to the bathroom, they weren’t too far from getting a peak at the bedrooms, so when people came over, we always had to make sure the bedrooms looked tidy.  Across from the guest bathroom in the hallway, was also our laundry closet. 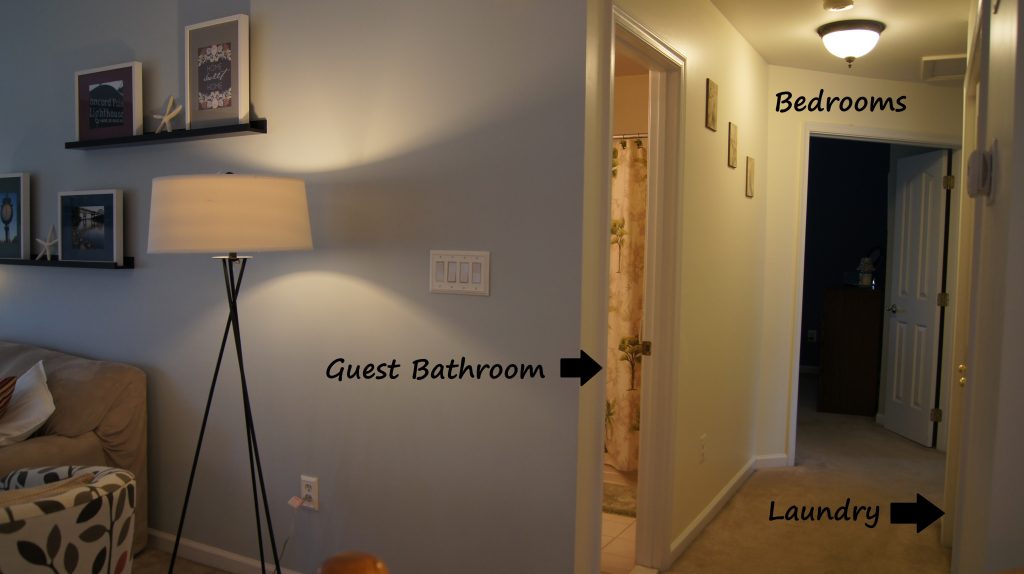 It may have been specific to our bi-level to have the laundry in the main hallway, but downside and upside here; downside: Don’t even think about having the washer running while people were over because the bi-fold doors didn’t even begin to contain the sound. Also, when we do laundry, clothing is usually strewn all over the floor in front of the washer to be the next in line.  Upside: having the laundry near the bedrooms was the best.  We kept our hampers in the closet rather than our bedroom because it was such a short walk to it.  It was a reminder to keep up with the laundry throughout the day since it was near the main living area rather than hidden away. 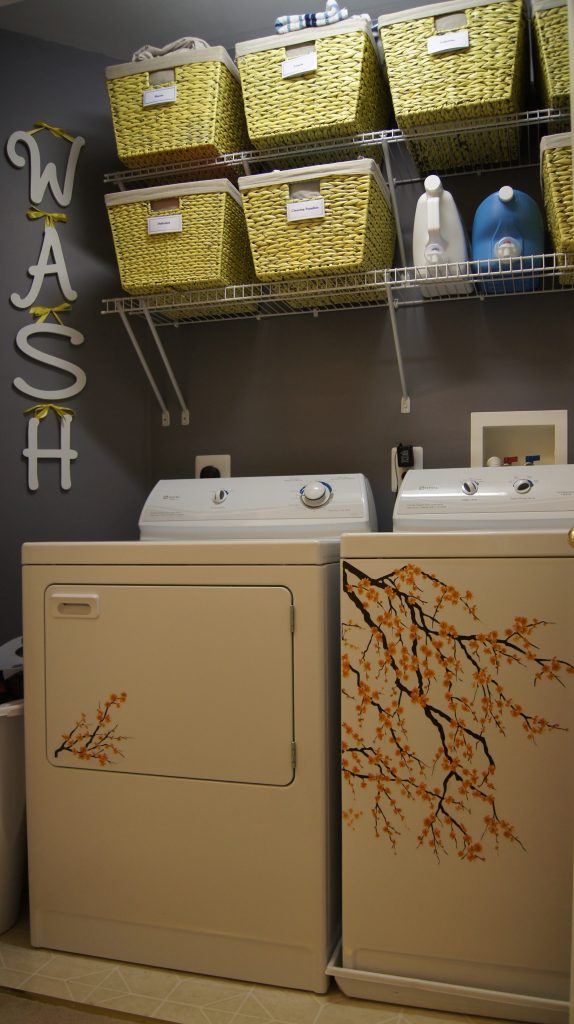 Overall, the main reason we decided that we didn’t want a bi-level long term was our first floor.  It was an awesome area that had a large family room, office, full bathroom, workshop, and garage, but it just didn’t feel truly incorporated into the living space.  We had to force people to go down there.  Including the dogs!  We had to purposefully let them out the sliding glass doors downstairs to do their business because if we let them out on the deck, they’d just hand out there by the door, waiting to come back in.  And of course, Riley begged to differ in this picture.  Can you see him hanging out waiting for me in the sliding glass door?  Jerk. 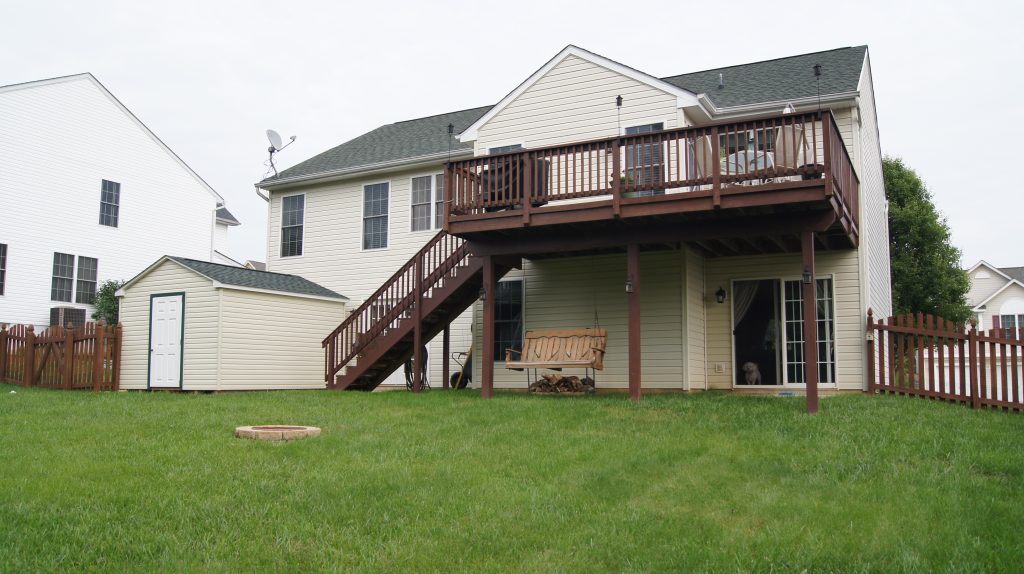 And as we learned in the house selling process when we sold it, technically, it’s not even considered true living space, and is a “basement” which is BS if you ask me.  Some of the realtors that we had at the house to do their analysis for the relocation weren’t even considering that space into the square footage of the house, which made us so angry. But even worse was when we sold the house and the loan appraisal came in very low for the same reason.  How is this not living space?  None of it was even below ground, as a basement is considered. 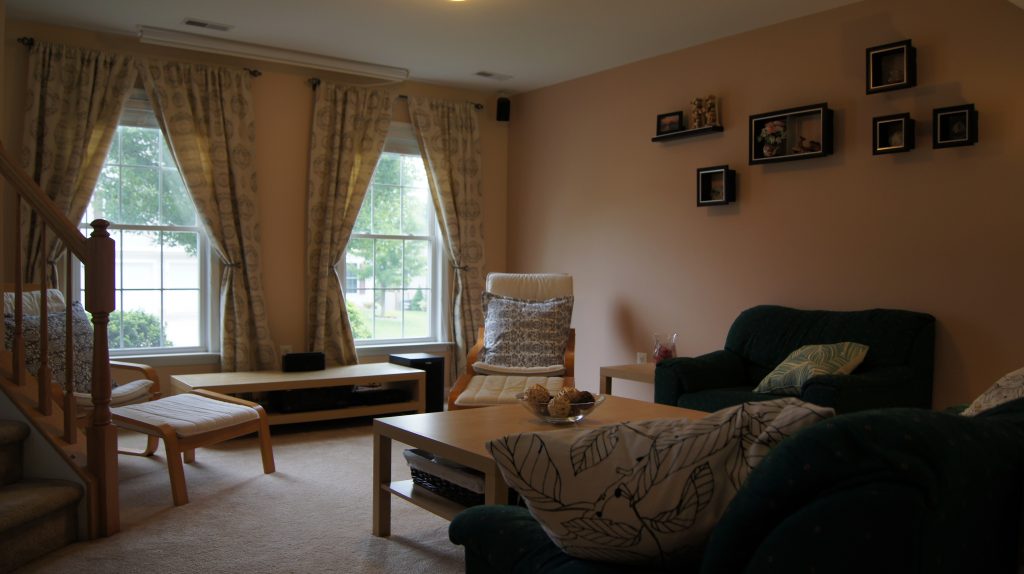 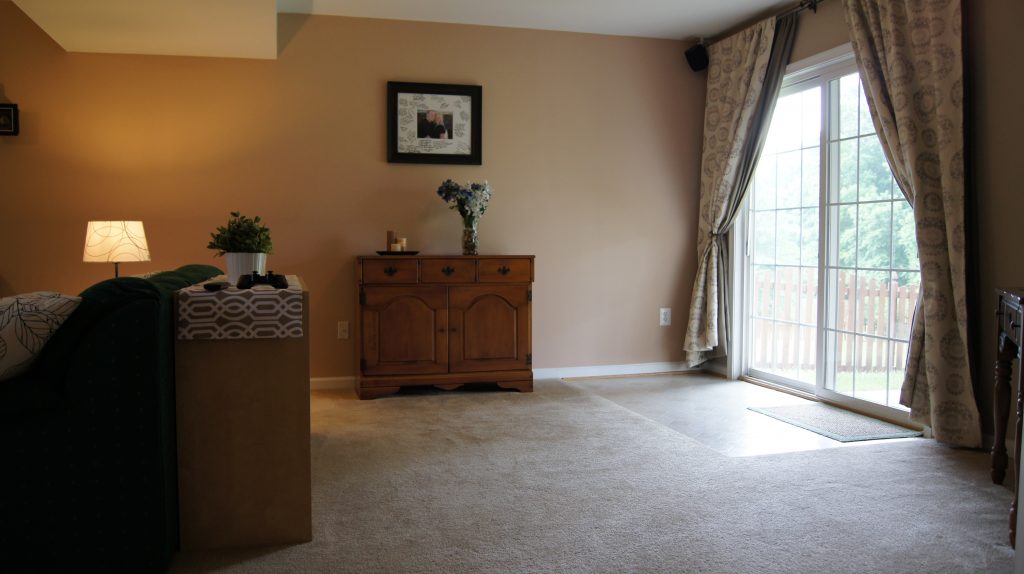 Lastly, one of the things we weren’t fans of, we ended up not being able to avoid in our Delaware house: parking in the garage and having to walk upstairs to get to the kitchen and main living area.  Carrying groceries in kind of sucks.  And now carrying Connor and groceries in sucks even more.  But it was a compromise on the layout of this house. The neighborhood is hilly, so it gave way for most of the basement to be underground while allowing our garage to be partially underground but still accessible.  Having the garage in the basement area allowed us to have a large workshop with outside access, and also a large room over the garage that we decided to use as an office/playroom. 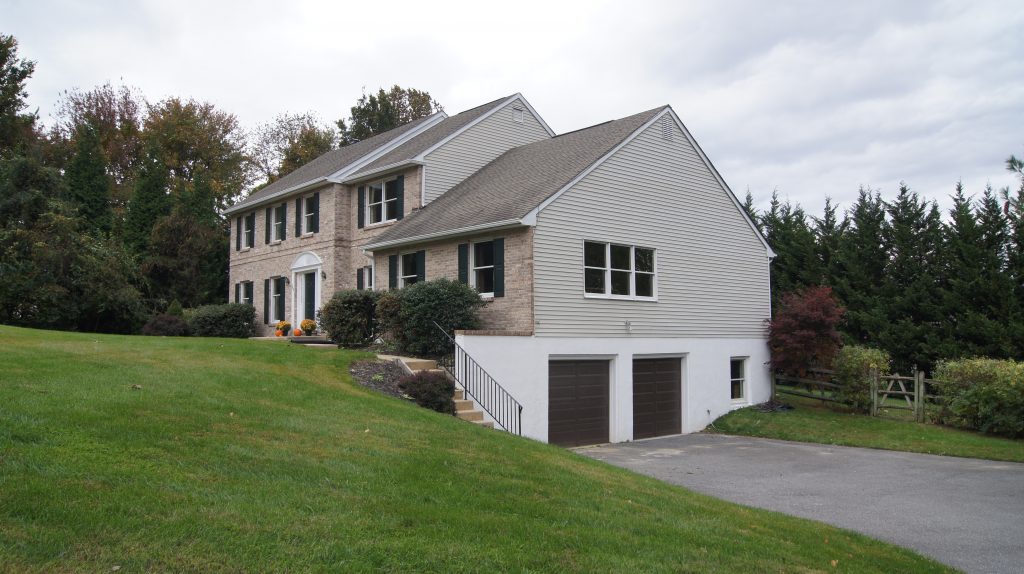 So, no, Mom and Dad, this isn’t a dig at your house.  I really enjoyed growing up there.  Over the course of the 4 years that we lived in a bi-level, David and I understood more about our preferences of layouts and decided that a bi-level wasn’t for us.  And it may be a great fit for you.  Just make sure you understand your living needs and preferences.

What do you think about bi-levels?

I love my Bi level.